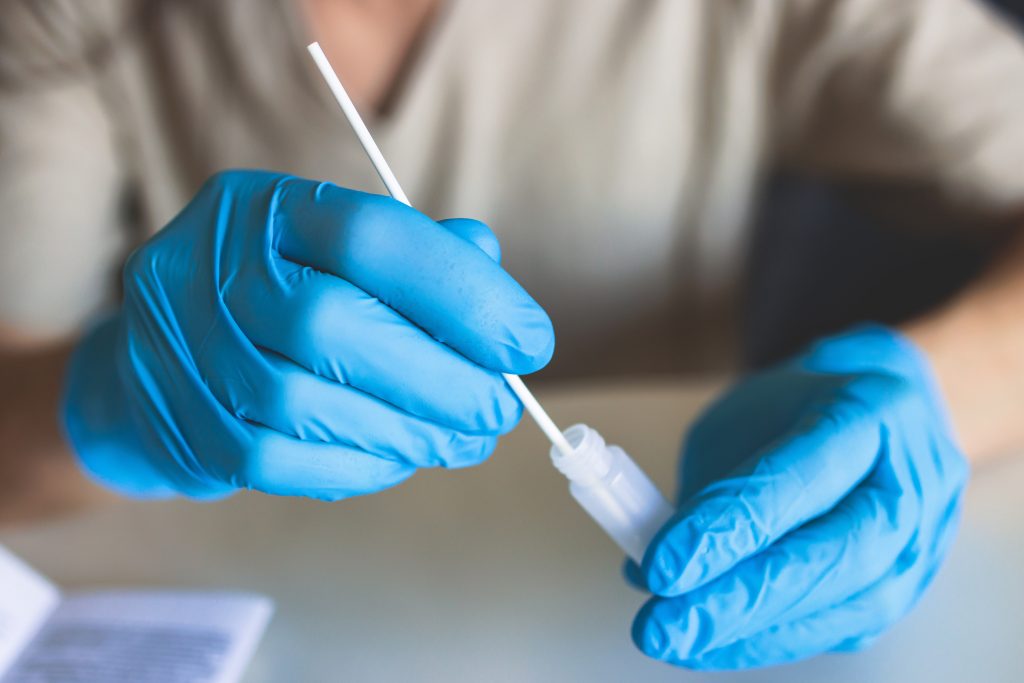 What is a Drug Test?

Drug tests are tests that are designed to detect evidence of illegal or prescription drugs in the human body. Today there are a wide variety of drug tests, designed to test for different substances. Moreover, drug tests themselves vary widely in terms of how they work. Many have drastically different degrees of accuracy, different time periods that they are capable of measuring, and different areas of the body from which they collect their samples.

There are diverse reasons for an individual or institution to make use of a drug test. Employers often use drug tests to ensure that their employees are sober. Schools sometimes implement drug tests on the student body as well. Legal reasons can range from custody, divorcer, and court-ordered testing. Drug screening is used in professional sports all the time to ensure that participants aren’t cheating by using performance-enhancing drugs. Even parents utilize drug tests when they suspect that their child or teenager may be at risk of drug abuse. In the context of addiction recovery, rehabs and sober livings will generally engage in regular drug testing to ensure that their clients are sticking to the program.

What Are the Most Tested Drugs?

There are drug tests that can measure the presence of any substance, but not every test can. Some substances require more sophisticated and expensive drug tests to be detected. However, when it comes to common drugs, over-the-counter drug tests are widely available that can reliably detect them. The most commonly tested drugs include:

What Types of Drug Tests Are There?

Drug tests can analyze samples from many different parts of the body. These different types of tests have distinct advantages and disadvantages.

By far the most commonly utilized type of drug test is the urine test. Urine testing is easy, affordable, and generally fairly accurate, at least when it comes to commonly abused substances like opioids, amphetamines, cocaine, and marijuana. This test examines an individual’s urine for signs of drugs in the system.

Hair tests are far more expensive, and they generally need to be sent back to a lab for processing. However, they have the unique advantage of being able to detect repeated drug use over a long period of time. In fact, labs can measure the presence of drug metabolites in the hair going back as long as the hair has been growing. This makes it useful in situations where knowing an individual’s long-term history with substance abuse is useful.

Sometimes known as the oral fluid test, the mouth swab test involves collecting soliva from a person’s mouth. It is a fairly accurate type of drug test. It can reliably detect drug abuse from the last 48 hours. Unlike a urine test, however, it is capable as well of detecting extremely recent drug use – including from a few minutes prior to the test.

Blood tests are a very accurate form of drug screening. However, due to the nature of the procedure, they are generally only conducted at doctor’s offices or in hospitals. Results, naturally, need to be sent back to a lab. Blood tests cannot detect substance abuse as far back as hair tests – or even as far back as urine tests. However, they can sometimes be used to detect substances that these procedures do not test for.

How Long Does It Take to Get Drug Test Results?

In most cases, it is possible to get drug tests immediately. In fact, many over-the-counter urine tests offer results in only a few minutes. However, these tests are somewhat less accurate than more sophisticated tests utilized by larger institutions. When it comes to mouth swab or hair tests, results need to be sent to a lab for processing. This can result in a wait of a few days to a week. When the results do come in, however, they tend to be fairly accurate.

How Long Do Drugs Stay in Your System for Drug Tests?

The effects of different drugs last for different lengths of time. Cocaine, for instance, provides a high lasting only 20 minutes or so. LSD, on the other hand, allows people to trip for up to 12 hours. With such considerable variation in effect lengths, it shouldn’t come as a surprise that the traces of the drugs in a person’s body remain for varying lengths of time as well. It is important not to confuse the length of a drug’s effects from the length of time it stays in the body, however. After all, many drugs are detectable in the body days, weeks, or even months after a person has taken them.

Many factors can determine how long a drug stays in the body. These include:

Marijuana, one of the most commonly tested for substances, is detectable on a urine test for up to 30 days. A hair test can detect marijuana for up to 90 days, Saliva tests and blood tests, however, are limited to 72 hours and 4 hours respectively.

Urine tests can detect the presence of opioids for approximately 3 days. Hair tests, again, can reliably determine if a person has abused opioids in the last three months. When it comes to blood tests and saliva tests, the time period varies considerably depending on which opioids a person takes. Heroin can only be detected on a blood test within 6 hours, and it is no longer detectable by a saliva test after only one hour. Prescription opioids have slightly longer ranges of time, but not much longer.

Ketamine, on the other hand, can be detected by a urine test for up to 11 days, by a hair test for 90 days, and by a blood test for 4 days.

Can You Fail a Drug Test from Secondhand Smoke?

It is very difficult to fail a drug test simply from being around secondhand smoke. In most cases, when a person is worried about secondhand smoke, it is because they spent time around people who are smoking cannabis. However, it is important to understand that when people smoke cannabis, the amount of THC they exhale is very low. Since THC is the chemical whose byproducts are measured by drug tests, this fact is significant. It would take an astronomical level of secondhand smoke to cause a person to fail a drug test.

Scientists have researched how secondhand smoke from marijuana joints affects nonsmokers. When nonsmokers sit in a room for three hours with smokers, THC does become slightly detectable in their urine and blood. However, the trace amounts are not sufficient to cause them to fail conventional drug tests.

Ultimately, it may depend on how well ventilated the room is. When nonsmokers spend a long period of time with smokers, especially if the smoke is being blown directly into their faces, they may even get high. In a well-ventilated room this is unlikely.

NuView Treatment Center not only tests clients, but we also strive to connect reliable drug and alcohol testing services to schools, businesses, courts, and other institutions. Insurance companies often make use of our medically-accredited drug testing services when they need legally-binding results. We’re both knowledgeable and passionate about best-practice drug testing services. Whether you need a hair follicle test or a basic saliva test, affordable and discreet drug testing is available near you in West Los Angeles.

Can You Cheat at Drug Tests?

Ever since drug tests were invented, individuals have worked hard to develop techniques for cheating on them. A positive test result can mean negative consequences, so it makes sense that desperation for negative results would drive creativity. While the latest and most high-end drug tests are difficult to cheat on, there are in fact many methods that can be used to cheat on most conventional tests.

These methods will not necessarily work on all tests or in all circumstances, and in most cases people eventually get caught. When it comes to standard urine tests, however, the following cheating methods can sometimes be effective:

Get Help at NuView Treatment Center

If you are trying to get your loved one tested – or if you’re looking for a way to pass drug tests yourself, chances are there is a substance use disorder that requires treatment. NuView Treatment Center employs passionate and highly trained addiction specialists who can help you or your loved one achieve recovery from the vicious cycle. Give us a call today and begin your journey toward a new, healthier, and more fulfilling lifestyle. Our evidence-based approach to addiction treatment is appropriate for all levels of addiction.