Heroin Addiction: What are The Real Social Costs of Opioid abuse 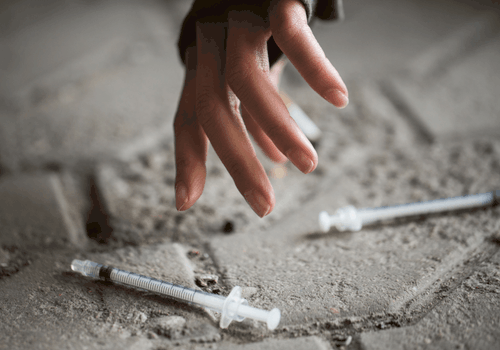 Rates of heroin addiction and opioid abuse have been climbing precipitously for over a decade in America. In a somewhat infamous article from June 2017, a frustrated Ohio city councilman made a shocking proposal. Explaining how overwhelmed his district in Middleton was, Dan Picard suggested that drug overdoses be subject to a “three-strikes” penalty, where EMS would no longer respond to an address that had logged more than two overdose calls. He stated, “John Smith obviously doesn’t care much about his life, but he’s expending a lot of resources and we can’t afford it.”

About ten years ago, law enforcement and health workers began sounding the alarm that there was a serious problem going on, but policymakers and the public, in general, were slow to understand the severity of the problem, which likely hasn’t yet peaked. In the span of less than a decade, Americans like Dan Picard went from being completely unaware to completely stumped by the severity of an epidemic that has seemingly left no community untouched.

Quantifying the Social Cost of the Opioid Abuse Epidemic

In terms of the literal cost of the epidemic, the numbers reflect the severity of the situation. Heroin addiction and opioid abuse cost the US approximately $500 billion in 2016. This cost was primarily due to increased social services and incarceration, as well as lost wages and productivity.

The White House’s Council of Economic Advisors estimated that each person living with an opioid disorder cost society about $30,000 a year. In the event that the user gets help, the cost of treatment is also expensive, with some 30-day programs costing thousands of dollars per day.

Besides the overt cost to our economic system, the opioid abuse epidemic is burdening the fabric of society in a stunning number of ways, both direct and indirect. Besides the direct cost to the economy and taxpayers, whole communities are being damaged by hopelessness, crime, and violence.  Heroin addiction can not only be spread from one generation of a family to another, it can be “socially” spread, too.

People in close geographical proximity to each other may be at an increased risk of developing addiction too. For all of the people who have fallen victim to the trap of heroin addiction or other forms of opioid abuse, being addicted means that there will eventually no longer be room for anything else. Aspirations, potential, and possibility are all lost—something that’s impossible to put into numbers.

Healthcare at the Breaking Point

While the councilman from Ohio may have said it crudely, the reality of being forced to ration care is hitting many local emergency response units hard. On average, about 115 Americans died from opioid overdoses every day in 2016, and countless more survived. The opiate-agonist drug naloxone, which can reverse overdoses if given in a timely manner, has been in use since the 1970s.

Despite the fact that generic versions have been available for decades, the cost of the drug is now spiraling from a previous low of $1 per dose to upwards of $60 per dose, a cost that EMS and ER systems are forced to bear in the not-uncommon event that the addict can’t pay their medical bills. Narcan—the easy-to-use, nasal spray version of nalexone—is increasingly in demand by non-professionals like teachers and loved ones of addicts. The life-saving drug costs about $150 a dose. In serious overdoses, an addict may require two or even three doses of naloxone to survive.

Emergency services aren’t the only ones suffering, either. Some overdose victims lose oxygen and have brain damage even though they survive, and will require long-term care. Morgues are also feeling the strain; when someone dies of an overdose, local law or unclear circumstances will often dictate that a medical examination is done. Hence, autopsy volumes have soared, overwhelming medical examiners in states like Ohio.

To add further stress to already-overburdened morgues, there may be a second wave of deaths that are indirectly attributable to drug use. Opioids don’t just kill from acute intoxication. Heroin addicts who feel trapped are at an increased risk of suicide. Besides self-harm, other life-threatening events like accidents, infections and other medical conditions can easily be caused by sharing needles or using dirty equipment to inject drugs.

For example, a type of previously rare heart valve infection most often seen in geriatric patients called myocarditis is now killing people in their 20’s and 30’s as a result of people using unclean needles. Rates of death have risen so dramatically, in fact, that the US’s average life expectancy trended downward in 2016, after almost three decades of climbing.

A Generation of Lost Children

Addiction also hurts family members, particularly dependent children. Last year, about 2.7 million children in America were being cared for by family other than parents; another 430,000 were in foster care. While there’s no direct measure of how many children lose their parents due to drug use, anecdotal evidence suggests that the impact of the opioid abuse epidemic on this number may be large—which makes sense, when given the scale and reach of the epidemic.

In fact, the rates of placement in foster care had been declining nationwide since the late 90s; that trend was finally reversed in 2014. In some places, the number of children being taken away by courts has quadrupled. Parents of minors who are declared unfit are incarcerated, or who die, leave a huge burden of care that often falls on the shoulders of grandparents. In some families, multiple generations have been impacted, leaving children to the mercy of more distant family or a dangerously underfunded foster care system.

Children who witness heroin addiction or other trauma grow up more likely to become heroin addicts themselves; children who grow up in foster care are much more likely to use drugs, become incarcerated, or experience homelessness. All of these statistics together mean that one of the most tragic indirect effects of the opioid epidemic is a new generation of “lost children” whose common experiences of neglect result in disproportionate rates of mental illness.

To make matters worse, being exposed to addiction at a young age makes children more likely to follow in the footsteps of their parents. Unfortunately, even if the opioid epidemic started to fade this year, the impact would be felt for at least another generation.

Heroin Abuse and the Future of America

While the true cost of the opioid epidemic is finally becoming understood by American leaders and policymakers, our slow response means that we will all continue to pay the price for years yet to come. This cost ranges from the fairly easy to calculate—like hospital and incarceration bills—to the more complex, like the damage done to the futures of children who grow up in a house with addicted parents, or even the emotional cost to loved ones that witness an overdose death.

To reverse the terrible tide of heroin and other opioid abuse, Americans will need to understand how complex and insidious the forces that have caused this epidemic are; this means everything from overhauling health care to starting job training programs in economically hard-hit areas like the rust belt.

Solving the problem will require ingenuity, hard work, patience, and compassion, along with plenty more funding dollars. Harnessing the willpower that will be needed to get this done will require the cooperation of all Americans since everyone is being affected either indirectly or directly by this epidemic. This will be no easy task, but the alternative will be even costlier than imaginable.

Are you or your loved ones suffering from heroin addiction? It is important to take step in the right direction with a proper heroin addiction treatment program. Get in touch with us today!