How to Tell if Someone is Shooting Up Drugs 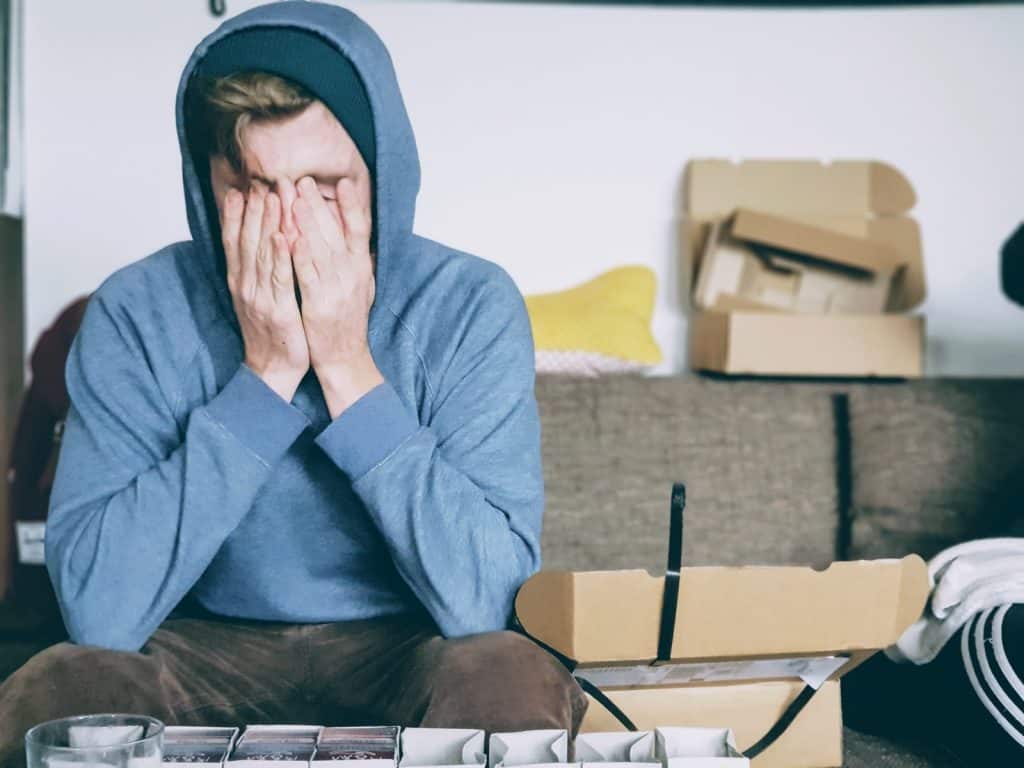 There are countless drugs that recreational drug users abuse. These substances range from prescription medications that serve legitimate medical purposes to illicit drugs with no purpose aside from getting people high. Substance abuse and drug addiction varies considerably, depending upon the type of drug used. Opioid use disorder, the medical term for substance addiction, is also recognized as a spectrum disorder with a wide range of severities.

Recreational drug users have a variety of methods available for consuming drugs. These methods, which are known as routes of administration, affect the potency of the drugs they take, how rapidly effects become apparent, and the risks associated with abusing them.

By far the most dangerous route of administration is intravenous injection, sometimes known as IV injection. Intravenous injection involves inserting a needle directly into the vein and delivering a drug directly to the bloodstream. This method is the most rapid method of abusing most drugs, and it is also often engaged in because it is the least wasteful. Smoking, for instance, is inefficient, because much of the drug ends up blowing away into the air.

Intravenous injection also tends to be the most powerful route of administration. For this reason, IV injection is particularly risky. Whatever dangerous side effects medications or recreational drugs normally have are increased significantly when users shoot up drugs.

While this extreme method of consuming drugs is often depicted in the media and tv shows in a stereotyped way, it is not always easy to identify when someone is shooting up drugs. Not everyone necessarily has track marks or acts the way most people expect drug addicts to behave. In fact, people who suffer from addictions often go to great lengths to hide their substance use disorders. This is particularly true with people whose addictions have developed to such as a point that they engage in highly stigmatized behavior like intravenous injection.

However, for concerned family members and friends, looking for signs and behaviors does make it possible to tell when someone is shooting up drugs. After all, identifying the problem in the first place is the first step toward getting someone the help they need.

Common Drugs That People Shoot Up

Ultimately, most drugs can be used intravenously. The list includes legitimate medications, illicit pills that get you high, and even alcohol. Sometimes these drugs are used in combination, which further increases the risks. However, certain drugs are more commonly used intravenously than others.

When most people think of intravenous injection, they think of heroin, an illicit opioid that claims more than 15,000 lives in the United States each year. As with meth, many people do not begin abusing heroin by injecting it, opting instead to smoke it. As physical dependence sets in, however, most users turn to intravenous injection, because the heroin high is so much more powerful.

The United States currently suffers from an opioid epidemic, and though heroin has for a long time been the most notorious opioid, prescription opioids have long surpassed heroin as the driving force behind the epidemic. Fentanyl and other synthetic opioids are commonly used intravenously. Shooting up fentanyl, which is 50-100 times more powerful than morphine, is extremely risky. Because the drug is so powerful, even a tiny miscalculation in dosage can lead to a life-threatening overdose.

People with opioid use disorders often go to great lengths to hide their drug use. However, people who abuse opioids intravenously generally are at a point of desperation that is difficult to hide for long. The signs they display include physical symptoms, psychological symptoms, and life choices. Common signs of intravenous opioid drug abuse include:

More obvious signs include the presence of needles or opioids themselves. Ultimately, however, if you suspect that a close friend or loved one is abusing opioids, it does not matter whether they are shooting up or not. No matter what their route of administration is, it is essential that they get help as soon as possible. Outpatient addiction treatment centers can help people with opioid use disorder stop abusing drugs intravenously and stay sober long term.

One of the most common methods of treatment for opioid use disorder is medication-assisted treatment (MAT), a comprehensive treatment approach that utilizes behavioral therapy alongside medication. It may come as a surprise to many to learn that the medications that physicians prescribe to help people deal with their opioid addictions are actually opioids themselves.

Despite being an opioid, a Suboxone prescription can help individuals deal with the side effects of opioid withdrawal and the associated cravings. What distinguishes Suboxone medication from other opioids is that it does not provide a high. Its components, buprenorphine and naloxone, are partial opioid agonists and opioid antagonists respectively. That means that Suboxone effectively reduces withdrawal symptoms and even blocks the effects of other opioids without impairing people. By taking Suboxone at an outpatient treatment center, individuals find it easier to get more out of behavioral interventions and they reduce their chances of relapse.

Suboxone addiction and Suboxone abuse is relatively rare compared to other medications used in medication-assisted treatment, such as methadone. While it is possible for a person to abuse Suboxone intravenously by crushing up a Suboxone pill, dissolving it in water, and shooting it up, the effects hardly constitute a high. In fact, when Suboxone is injected the naloxone in the medication becomes more bioavailable. As a result, IV users are likely to enter immediate opioid withdrawal instead of getting high.

Ultimately, however, Suboxone is not a cure for an opioid use disorder. It is essential to take part in the full range of services that outpatient treatment centers provide, ranging from cognitive-behavioral therapy to support groups. By developing tools and coping strategies for avoiding relapse, nurturing a strong sober social support system, and repairing ones life, a person can achieve lifelong sobriety. The most important step is just recognizing the problem and reaching out for help.

Signs That Stress May Be a Problem

Stress is one of the primary reasons people relapse after recovering from a substance use disorder. According to the American Psychological Association, symptoms of high stress include:

Dealing with stress involves a combination of removing obvious triggers and engaging in a healthy lifestyle that will help you to be more resilient. Following a stress management plan will not only reduce the chances of relapse, it will make your life better overall. Keep in kind that ultimately, by abstaining from alcohol and other mind-altering substances, you are already removing stress factors from your life, as addictive substances are a major source of stress, anxiety and depression. Other tips for dealing with unwanted stress are listed below.

Studies have shown that regular exercise, especially cardiovascular exercise, increases a person’s resiliency to stress. That means that simply going for a run is a great way not only to train your legs and heart, but your emotions! Exercising won’t necessarily remove stress factors from your life, but it can help you to lessen the severity of your reactions to them.

Jotting down your thoughts is a helpful way of relieving stress. Keeping a private journal can offer a source of catharsis, allowing you to express any pent up feelings of rage and anxiety in a safe space. Journaling is also an effective way of working out solutions to problems. Sometimes the very act of articulating how you feel helps you come to a better understanding of why you feel that way. Self-reflection produces greater feelings of calm and is also an excellent problem-solving tool.

Having a poor diet can lead to inflammation in your body. Recent research has shown that stress, anxiety, and other mental health problems often arise due to bodily inflammation. By eating healthy meals, you can ensure that inflammation doesn’t lead to increased stress. Eating healthy meals also provides you with more energy and focus to meet the challenges of the day. Consider inviting a friend out to eat, which will make the activity a social one.

Keep to a Schedule

While it might feel better in some ways to not be tied down by a schedule, sometimes keeping to a schedule is helpful for meeting inevitable challenges. Having a schedule ensures that you will do what you need to do each day to handle any difficulties with work, school or family. Sleeping at consistent times is also an evidence-based method of eliminating stress.

Meditation, a practice that goes back thousands of years, has been shown to produce feelings of calm and relaxation. Taking a breather and pausing throughout the day can help you step back from your problems and see them in more perspective. Meditation has more than just short term effects, however. Research shows that it is beneficial in the long term, helping the brain handle stress and anxiety. It also leads to decreased brain degeneration and is correlated with lower rates of Alzheimers.

Get Help from a Treatment Center

If you feel overwhelmed by stress, the most important action you can take is reaching out for help. Talking to a therapist at an outpatient treatment center can help you work on solutions to your problems and relieve your mental burdens. Addiction treatment centers also help people develop stronger sober social support systems.

Ultimately, the resources and social support people receive at treatment centers not only reduce their chances of relapse and help them develop healthy coping strategies for stress, but they make life richer and more enjoyable. In the end, leading a healthy and meaningful life is the best tool for dealing with stress. 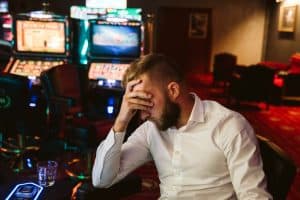 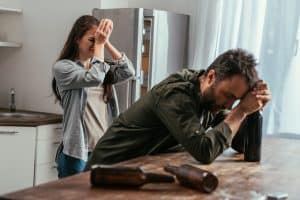 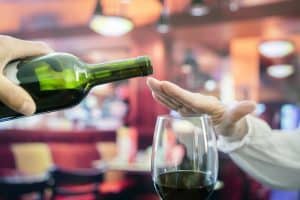