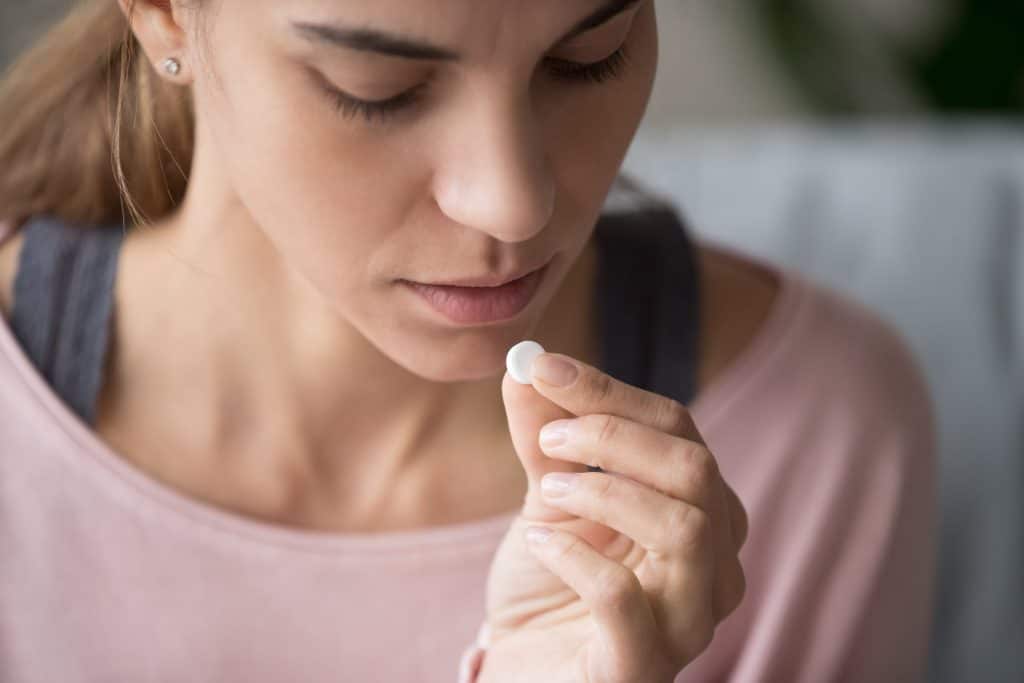 Alcohol is a commonly used recreational substance in the US, with it being available at countless retail and dining establishments, and advertising everywhere. Many people think of it as a way to relax after the stress and rigors of the workday or a great way to celebrate occasions with family and friends. But the results when mixing Lexapro and Alcohol can be disastrous.

Lexapro is a brand of commonly prescribed anti-depressants that contain the drug escitalopram and is used to treat mild depression and anxiety. It is a member of a class of drugs called selective serotonin reuptake inhibitors, or SSRI, that help fill gaps in serotonin production or native deficiencies in the compound.

Serotonin is one of the body’s primary neurotransmitters. It plays a crucial role in emotional regulation. While selective serotonin reuptake inhibitors like Lexapro are considered to be some of the safest types of drugs used to treat depression or anxiety, that doesn’t mean there aren’t risks involved in taking Lexapro.

Since Lexapro is used to treat anxiety and mild depression, it is common to see Lexapro in medicine cabinets, and it should only be dosed in accordance with the directions of the doctor or medical professional who prescribed it. Since the side effects can sometimes be relatively severe, your doctor may start you on a much lower dose that you eventually end up at, increasing it gradually over a period of time.

Lexapro is also used in many situations to help those recovering from alcohol addiction since it can also be prescribed for reducing the potential cravings and depression that someone in alcohol recovery is likely to experience. The side effects of stopping Lexapro after becoming dependent, however, can cause severe physical withdrawal symptoms. There is a potential psychological dependence that can be developed as well.

Lexapro abuse can result in hallucinations and memory problems, as well as physical sensations that feel similar to electric shocks, and sexual dysfunction. More mild abuse can display mood swings, insomnia, seeking additional prescriptions, developing a tolerance, loss of interest in previously enjoyed activities, hobbies, or pastimes, and increasing isolation from family and friends. Detox can include vivid and disturbing dreams, headaches, uncontrollable sweating, vomiting and diarrhea, confusion, feelings of pins and needles, ringing in the ears, seeing flashes of light, and even irregular heartbeat.

The side effects of alcohol are as varied and different as the individuals who drink. The seriousness or severity of the side effects can also be impacted by the user’s sex, age, weight, tolerance, and any preexisting medical issues that may be present. There is also the potential for more rare and far more serious complications, depending on the user’s genetics.

The immediate effects include a feeling of relaxation or even euphoria, since alcohol is a depressant, along with slowed reflexes, delayed reaction time, and issues maintaining muscle coordination, even in small amounts. A larger amount of alcohol will cause slurred speech, changes in sight, drowsiness, increased need to urinate, flushed skin, or even rashes.

Heavy amounts of alcohol can have the most serious and potentially deadly effects, including persistent vomiting, loss of bladder and bowel control, depressed respiration and breathing issues, loss of consciousness, coma, and death.

Long-term side effects of alcohol can take a serious toll on the body and mind, particularly in those with heavy or very long-term drinking habits. These risks include brain damage and reduced brain mass, damage to the liver, ulceration of the stomach and intestinal lining, increased blood pressure, reduced sperm and semen production, loss of body minerals, and even an increased risk of some cancers.

Why You Should Never Take Lexapro and Alcohol Together

While both alcohol and Lexapro have their own unique side effects and each on its own can be potentially dangerous, once they are combined the possible negative side effects can become much more severe. The manufacturers of Lexapro also recommend avoiding alcohol entirely when you are on an active prescription. This is not uncommon for drugs in the selective serotonin reuptake inhibitors or SSRI class of substances.

Mixing Lexapro and Alcohol can create incredibly dangerous and potentially fatal side effects. These side effects can include increased or worsened anxiety, worsened and deepened depression, severe nausea, reduced effectiveness of the medication overall, diminished energy, liver problems, elevated blood pressure, and even suicidal ideation.

These effects can also exacerbate existing mental illnesses or other struggles with polysubstance abuse as well. Alcohol makes Lexapro less effective overall, meaning not only is there the potential to build dependence and tolerance by taking more or increased dosages, but it can also lead to a possible overdose situation.

Even when the possible serious or even uncomfortable side effects may not be felt by everyone, it is still important to attempt to avoid all drinking while on Lexapro. If alcohol is consumed while on a selective serotonin reuptake inhibitor, it can cause any current mental health issues to be compounded, sometimes disastrously.

Treatment Options if Addicted to Lexapro or Alcohol

If you or someone you know is addicted to Lexapro and alcohol, and are known for mixing Lexapro and alcohol, the most effective thing you can do is to reach out for help, begin building your support network, and talk to some experienced treatment professionals about how to start a successful and lifelong recovery.

By working with professionals at a local treatment center, you will be able to detox in a safe and medically supervised environment, putting your mind to ease that you will be taken care of no matter what health issue may arise. When the acute withdrawal stage is over, you can begin working with counselors to determine what draws you to substance use, and how to avoid those triggers going forward.

Reach out to a premier rehab facility to get on your journey to a better tomorrow, free from drugs, right now. You deserve the opportunity to start living the life you’ve always dreamed of, without being plagued by an addiction.