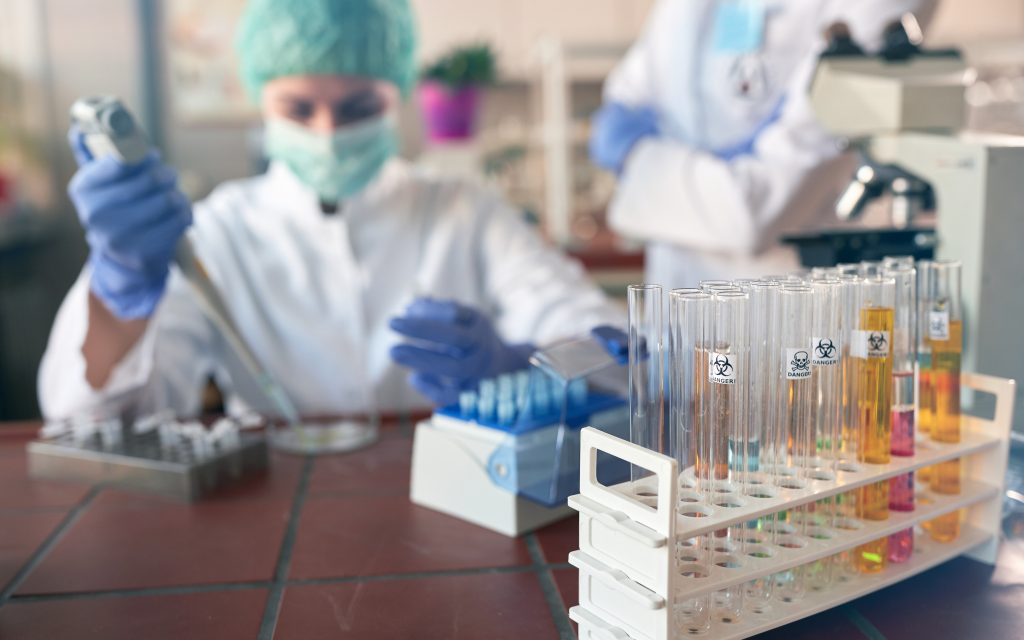 Why Do Companies Do Random Drug Tests?

Drug testing is a common practice for many businesses and companies. Job applicants are often required to take a drug test during the application process. However, many companies continue to conduct drug screenings on their employees long after they have been hired.

The purpose of these drug tests is to ensure that employees are drug-free. Companies have multiple reasons why they might care about the substance abuse habits of their employees. These include:

While some companies announce their drug tests well in advance, this has some disadvantages. One of the most notable disadvantages is that employees who expect these tests can prepare for them. There are numerous ways for employees to fool employer drug tests, from quitting drugs several weeks before the test to outright cheating. To get more accurate results, plenty of companies have opted to utilize random drug tests.

How Often Do Companies Drug Test?

Different companies operate in distinct ways when it comes to drug testing. However, according to the U.S. Department of Labor, the vast majority implement a method that involves selecting employees at random from a testing pool. This process, similar to drawing names from a hat – but via a computer – is entirely arbitrary. All employees have an identical chance of being selected, but it is entirely possible for one employee to be randomly selected several times a year and for another to never be selected.

Over the last few years, however, it should be noted that the rate of random drug tests has decreased. Companies are increasingly choosing to limit their screening to the pre-employment period, and some are opting even out of that. However, depending on which company you work for, it is a good idea to be prepared for the eventuality of a drug test.

Different states have different laws when it comes to what employers can do to their employees. In California, workplace drug testing in the private sector is heavily regulated. Employees are allowed to require drug tests during the application stage, as long as these tests are conducted in a fair and consistent manner. That means if they require the test for one person but not another, there may be something amiss.

However, when it comes to individuals who are already employed, companies have limited ability to require tests. They must prove one of the following in order to ask for one:

Outside of the public sector, organizations have greater leeway for requiring screenings. Large conglomerates such as Amazon are also sometimes given more ability to require tests.

Amazon requires a drug test during the hiring process as a condition for employment. They usually do so after the other steps of the hiring process have been completed. In many facilities, Amazon also engages in random drug tests, even when an employee is not under suspicion.

Walmart’s testing is ubiquitous. Whether someone is working on the corporate side or merely taking out the trash, Walmart ensures that they are drug-free. The company even tests current employees before promoting them to higher-paid positions.

Walgreens tests people before they are hired. They test employees when they are under suspicion of stealing controlled medications, in addition to conducting random drug tests.

Exxon Mobil goes the extra mile when it comes to drug testing. They ask employees to take a urinalysis test and even test them for alcohol. In recent years, Exxon Mobil has taken steps toward replacing these tests with hair follicle testing, which is more accurate and tests for a longer period of time.

The Federal Motor Carrier Safety Administration (FMCSA), which regulates commercial vehicles, requires random drug tests for truck drivers. In fact, in recent years they have even made the requirements stricter. In 2019, they tested 1.05 million times, whereas in 2020 they tested approximately 2.1 million times. This increase in the testing rate came about because of an increase in the number of truckers testing positive for controlled substances.

It is commonplace for utility and energy companies to require drug tests for their employees. In most cases, these tests are multi-panel urine tests. The Department of Energy, as of 1992, requires employees to undergo drug testing each time they get a medical exam. Some utility companies even ask employees to get screened for substances after they are in an accident. This high rate of testing is designed to protect the public, since a mistake made by utility and energy companies can be both costly and dangerous.

How to Pass Random Drug Test

It can be difficult to pass a random drug test for individuals who are actively abusing illicit drugs. The randomness makes it especially difficult because even if someone does have a technique for passing the drug test, they won’t know when to be prepared. Nonetheless, there are a number of techniques people utilize to falsify the results or tamper with testing kits. It should be noted, however, that each time a method for passing is invented, the toxicologists who make drug tests also become more sophisticated about catching cheating.

Some of the most common methods for cheating drug tests include:

Ultimately, however, the most effective way to pass a random drug test is to stop taking illicit substances. For people with addictions, doing so alone can be difficult. Fortunately, addictions are recognized as legitimate mental health disorders. It is not illegal to seek help, and in many jurisdictions, employers cannot fire employees who seek treatment for addiction issues

If you are concerned about passing a random drug test, chances are your concern would be better applied to your substance abuse habits. Fortunately, drug and alcohol addictions are highly treatable. Help is available.