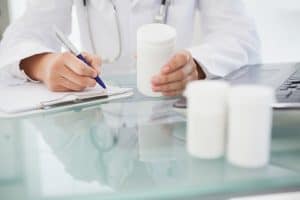 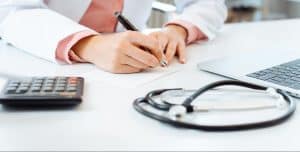 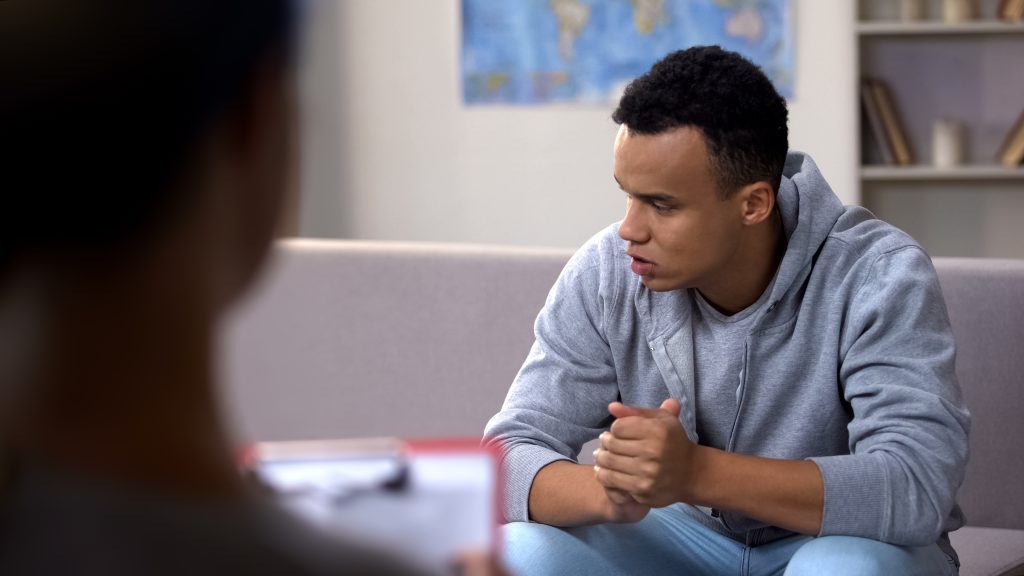 Suboxone is an important medication used in medication-assisted treatment plans for opioid addiction. The medication is a relative newcomer to the field of opioid addiction treatment. While opioid replacement drugs like methadone dominated for years, many treatment centers are increasingly turning to Suboxone to help clients recover from opioid use disorder. However, it is important to recognize that it is a unique drug that differs considerably from other opioid replacement medications. It is important for both providers and patients to understand how it works to know if treatment is the best course of action.

To understand Suboxone, it is first essential to understand why it is used. For many, the idea of taking a drug to help with drug addiction may seem ironic or even contradictory. In reality, however, medication-assisted treatment is one of the most effective evidence-based treatment modalities for addiction recovery, especially in the cases of alcohol and opioid addiction.

It is important to recognize that medication-assisted treatment is not designed to cure addiction. In fact, the keyword is “assisted.” Medication-assisted treatment ultimately consists of behavioral therapies that are supplemented by medications. Behavioral therapies, which range from ACT to DBT, help clients address underlying issues and develop new coping skills, but it is hard for clients to benefit from these therapies when they are constantly experiencing severe withdrawal symptoms and cravings. MAT allows clients to get a strong foundation of recovery skills before tapering off medications at a later date.

Suboxone is a medication that is often prescribed in the context of medication-assisted treatment. Understanding it can be tricky, however. It is not a single drug. In fact, Suboxone is a medication that consists of two distinct drugs: buprenorphine and naloxone. Commercial formulations of it are generally sold as tablets. Users consume it by placing it under the tongue, where it is sublingually absorbed into the bloodstream.

While it technically contains two different drugs, the primary effects of it come from buprenorphine. For this reason, it contains four times more buprenorphine and naloxone. Buprenorphine helps treat the cravings and symptoms of opioid withdrawal. Naloxone does not have direct effects on treating opioid addiction. Naloxone is instead present in the medication to make it more difficult to abuse.

Buprenorphine, which is sometimes sold on its own as Buprenex or Subutex, is a partial opioid agonist. What this means is that buprenorphine activates the same opioid receptors that recreational opioids activate. However, as a partial agonist, buprenorphine does not fully activate them. Activating these receptors helps satisfy the needs of physically dependent individuals, preventing them from experiencing full-blown cravings and withdrawal symptoms. However, because buprenorphine does not fully activate receptors, it does not lead to a euphoric high when taken as prescribed. In fact, as a partial opioid agonist, buprenorphine has a “ceiling effect.” This means that even when a person takes a much higher dose of buprenorphine, they will not experience stronger effects or anything resembling a high.

On its own, however, buprenorphine is not without its risks. In fact, creative drug abusers can abuse buprenorphine by injecting it. This makes it possible to bypass the drug’s ceiling effect and get high. For that reason, Suboxone contains naloxone in addition to buprenorphine. Naloxone is an opioid antagonist. When it is taken sublingually as prescribed naloxone has no effect. When abused and injected, however, naloxone’s opioid antagonist effects kick in. As an opioid antagonist, naloxone not only blocks the euphoric high associated with opioid abuse but actually sends a person into immediate opioid withdrawal. This dramatically disincentivizes Suboxone misuse.

Suboxone was originally developed in the late 1960s. The British pharmaceutical company Reckitt Benckiser aimed to develop an opioid that would have the benefits of morphine without any of its negative effects of addictive qualities. After many years of experimentation, scientists succeeded in synthesizing buprenorphine. Initial tests showed that buprenorphine was helpful when it came to treating animals suffering from opioid dependence.

By the late 1970s, Buprenorphine first became available in the United Kingdom. Several years later, commercial formulations of buprenorphine combined with naloxone entered the market. This combination medication, known as Suboxone, became popular in the treatment of both opioid addiction as well as chronic pain. By the 1990s, the drug became increasingly recognized for its role in addiction recovery.

In the United States, it has dramatically changed the nature of medication-assisted treatment. For years, methadone was the only opioid replacement drug available. One disadvantage of methadone, however, was that it could only be prescribed at federally licensed opioid use disorder treatment facilities. With the passing of the Drug Addiction Treatment ACT of 2000 (DATA), Suboxone became a far more readily available alternative that could be legally prescribed in any physician’s office.

Taking Suboxone to deal with opioid dependence is very effective, but timing is critical. While some opioid replacement drugs can be taken while a person is still physically dependent on recreational opioids, Suboxone is a bit more complicated. While it can alleviate the symptoms of opioid dependence, it cannot be administered while a person is fully dependent on opioids. This is because the presence of naloxone will send that individual into immediate opioid withdrawal. However, it is often prescribed effectively several days after a person has begun withdrawing from recreational opioids. After one hour, it begins to relieve cravings and the severe symptoms of opioid addiction.

Side Effects of Suboxone

Suboxone is not a recreational drug, but it is a potent opioid medication. As such, the medication needs to be used safely and only as prescribed.

When an individual begins taking Suboxone, they may experience several symptoms. Taking it under careful medical supervision can reduce the likelihood of uncomfortable side effects. Side effects include:

Suboxone treatment is an evidence-based approach to opioid addiction recovery. Unfortunately, a variety of myths and misconceptions around it make many clients — and even some clinicians — reluctant to use it.

Some people mistakenly believe that they should avoid using Suboxone because they fear it is simply replacing one drug with another. While it’s technically an opiate, it does not make sense to compare the medication with recreational opiates like heroin. Suboxone does not provide a euphoric high. While some people still take an old-fashioned abstinence-only approach to addiction recovery, the more modern and research-backed approaches to addiction recognize that medications like it can help regulate brain chemistry.

Another common myth is that Suboxone has a high rate of abuse. Some people worry that treatment carries with it an enormous risk of substance addiction. Indeed, some individuals will inevitably true to abuse Suboxone. However, it is one of the most difficult opiates to abuse. The main ingredient, buprenorphine, is a partial opioid agonist, which means it does not produce euphoria. Moreover, the naloxone in Suboxone is likely to send anyone trying to abuse it into immediate withdrawal!

It is also extremely difficult to overdose on Suboxone. In fact, it is one of the most difficult opiates to overdose on. This is because it is a partial opioid agonist. As a partial agonist, it has a built-in “ceiling effect.” This means that taking higher than normal doses of the drug will not result in increased effects. After a certain dosage, opioid receptors will not be any more activated. This means there is a lower risk of respiratory depression from high doses than with other opiates, like morphine, oxycodone, and heroin. Technically, it is possible to overdose on Suboxone — but only when it is taken alongside high doses of other central nervous system depressants, such as when it is combined with fentanyl and heroin.

How Long Is Suboxone Treatment?

Suboxone treatment involves replacing recreational opioids with it. As part of a medication-assisted treatment program, the drug can help clients in rehab benefit from behavioral therapies without being distracted by cravings and withdrawal symptoms. This allows clients to develop a strong support system, a foundation of coping skills, and a full life in recovery, with a far lower chance of relapse. When appropriate, a physician can supervise a client as they wean off of Suboxone. This process, which is designed to be as gradual and painless as possible, is known as tapering.

The stigma surrounding taking medications leads many people to believe that they should taper off of Suboxone as soon as possible. In truth, there is no real reason why anyone should be in a rush to get off of their medications. While some people make use of Suboxone for several months, others use it for years. Some individuals even stay on the drug with no intention of getting off the medication. Ultimately, the needs of the individual dictate how long they will stay on Suboxone.

NuView Treatment Center is an outpatient addiction treatment program located in West Los Angeles. We specialize in using an array of evidence-based treatment modalities to help people recover from substance addictions and mental health conditions. Whether you are struggling to function in your everyday life or you are beginning to recognize the initial signs of a problem, NuView Treatment Center can help you pick up the pieces of your life.

Our team of clinicians offers medication-assisted treatment, including Suboxone treatment, alongside a wide variety of behavioral therapies. We believe that addiction and mental health recovery involves a broad, comprehensive, multifaceted approach. Our clinicians devise an individualized treatment plan for each client to ensure their unique needs are met. In any of our outpatient programs, clients will work on addressing underlying issues, developing new coping skills, and working to rebuild their lives in sobriety.

Our outpatient programs include:

If you or a loved one is suffering from opioid addiction, there’s no reason to suffer alone. Reach out for help today. Contact NuView Treatment Center to arrange a free and confidential consultation.