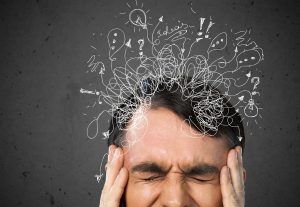 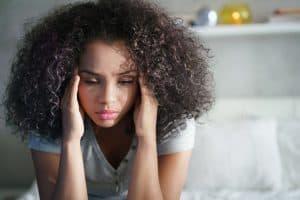 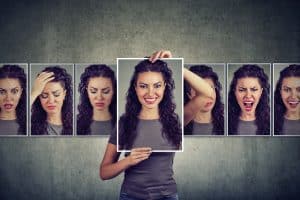 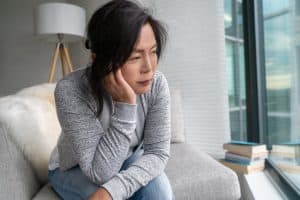 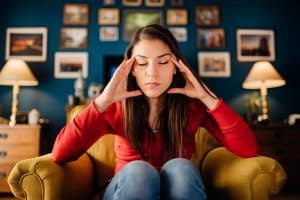 Schizophrenia is a mental disorder that causes people to repeatedly suffer from psychotic symptoms. People with this disorder often experience significant cognitive symptoms, including hearing voices, disorganized speech patterns, delusions, and visual hallucinations. Other negative symptoms include health complications related to lifestyle factors, a high rate of other comorbid mental health conditions such as bipolar disorder, and suicidal ideation.

The initial symptoms of schizophrenia usually start between ages 16 and 30. The disorder is associated with changes in brain chemistry. While there is no known single cause for the condition, it is thought that genetic and environmental factors both play a role in its onset. The mental illness is severely debilitating and there is no known cure, though treatment is possible.

Most Common Types of Schizophrenia

Psychiatrists and other mental health practitioners in the past categorized the condition into four distinct types: catatonic, disorganized, paranoid, residual, and undifferentiated. However, contemporary research indicates that there are no firm distinctions between these subtype. However, these categories are still often used colloquially by people trying to describe their collections of symptoms of schizophrenia.

Sufferers often are physically immobile and find themselves unable to speak or move.

People with these psychotic symptoms often believe they are being persecuted, attacked, or spied upon.

Individuals with disorganized schizophrenia often suffer from cognitive problems and may seem confused or incoherent.

Refers to people who suffer from the condition without any of the symptoms of catatonia, paranoia, or disorganization.

This condition refers to a state during which negative symptoms have abated significantly.

Instead of defining it by categories, the American Psychiatric Association now defines schizophrenia as a spectrum disorder. That means they understand it as a disorder that affects people in different ways, often at markedly different levels of severity.

While it is a chronic mental illness with common traits, one person with this disorder will often display markedly different symptoms than another person with the same mental disorder. Some of the more common symptoms are:

Aside from the delusions and hallucinations, many people with schizophrenia experience a range of other symptoms that affect their ability to function normally in everyday life. These include:

The causes of schizophrenia are poorly understood. However, research indicates that the disorder arises from a combination of environmental factors and genetics. Having parents or siblings with it dramatically increases a person’s likelihood of developing the mental disorder themselves. Other risk factors, such as problems with brain development, may also play a role.

Nonetheless, genetics is the single greatest risk factor that can increase the risk of developing the disorder. People with a first-degree relative with schizophrenia have a 70% – 80% chance of developing the symptoms. This can be a considerable source of anxiety for family members of sufferers, given that symptoms of this disorder rarely emerge until early adulthood, though the onset of schizophrenia can also begin much later.

The American Psychiatric Association publishes a book called the Diagnostic and Statistical Manual of Mental Disorders, or DSM-5. This is the book psychiatrists use to diagnose mental health conditions. The DSM-5 defines schizophrenia as follows:

Who is at Risk for Schizophrenia?

While genetics is currently believed to be one of the greatest risk factors, a range of other environmental factors can also increase the risk of developing the condition. These risk factors include:

The disorder affects approximately 20 million people worldwide. According to the National Institute of Mental Health, somewhere between 0.25% and 0.64% of the United States population suffer from schizophrenia and related mental illnesses. Unfortunately, its true prevalence is difficult to measure, given the amount of overlap there is between the disorder and other conditions.

Nonetheless, schizophrenia is demonstrably among the top 15 leading causes of disability throughout the world. Not only do diagnosed patients suffer significantly decreased quality of life, but their chances of premature death are 2-3 times higher than the general population. Sufferers are likely to develop comorbid health conditions, such as heart disease, liver disease, and diabetes. The disorder also frequently causes suicidal ideation. As a result, approximately 4.9% of individuals with this disorder die from suicide attempts.

Given that schizophrenia on average takes 28.5 years off a person’s life, it is essential that anyone experiencing the onset of symptoms have access to early interventions and treatment resources.

While no medication can prevent or cure schizophrenia, the psychotic symptoms of the mental illness can be managed. Treatment for the disorder usually involves a combination of psychosocial support as well as pharmaceutical interventions. Psychosocial support can include treatment methods such as psychiatric nursing facilities, talk therapy, and support groups.

Most people who suffer from schizophrenia do not remain institutionalized long-term. This is due to the efficacy of antipsychotic medications, which are the first line treatment for individuals with this condition.

NuView Treatment Center understands that individuals who suffer from schizophrenia alongside a substance use disorder often require more care. This condition can lead people to turn to addictive substances, and substance abuse can in turn exacerbate the hallucinations and delusions characteristic of the disorder.

Treating one condition to the exclusion of the other often leads nowhere, since a psychotic episode can trigger a relapse, and continued substance abuse can also worsen psychosis. The relationship between these conditions is complex, often making both diagnosis and treatment difficult.

At our holistic dual diagnosis treatment centers, dual diagnosis patients can receive the integrated care they need. NuView assesses each individual patient to provide them with a treatment plan that addresses their unique needs. We offer a wide range of treatment modalities to ensure that patients improve physically, mentally, and emotionally.

Our dual diagnosis rehab program offers psychotherapy, group therapy, CAM therapy, and medication-assisted therapy. By entering our treatment program for schizophrenia and addiction, individuals can get the long term relief they need. If you are experiencing hallucinations, delusions, suicidal thoughts, or struggle with alcohol or drug abuse, we are here to help.